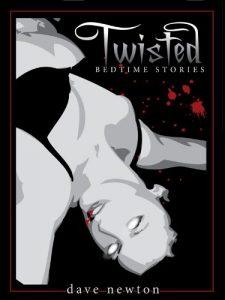 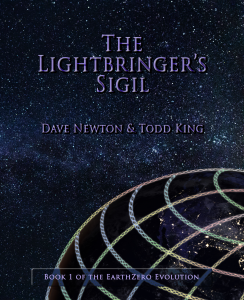 Dave and Todd met years ago while both were working on an IT contract at NASA’s Marshall Space Flight Center. As fellow game designers and authors, there was an instant connection, and a long-lasting friendship ensued.

Dave and Todd have seen both elements and game mechanics of their tabletop games influence the new generation of both traditional tabletop FRPGs and online MMORPGs. By “influence” we mean “everyone just lifts everything from pop culture”. In early 2017, in a casual discussion, they decided that it had been too long since they had created anything. The result is a cosmic story speculating on a universal simulation, and the consequences of cheating on the grandest scale conceivable.

Dave Newton co-authored the Mythus Fantasy Roleplaying Game with Gary Gygax, the creator of Dungeons & Dragons. He has also written and edited several other roleplaying game systems and supplements, and self-published work on Amazon, all with a worldwide audience.

His chosen career is in IT, and he has over 35 years of experience in training, support, networking and programming. He is also a graphic artist and web designer. On Sundays, he can often be found in front of a microphone, playing tunes over the internet while hosting Twisted Dave’s Mile High Show.

Oh, and he has a passion for writing and fine Irish whiskey.

Todd King (“void”) co-authored the SenZar RPG game world in the 1990s and introduced, among other things, the “void” to Earth. Though strictly an independent venture, the SenZar products sold in 14 countries.

Todd has done contract work for NASA, DoD, and other military organizations. A hyperpolyglot and hyperpolymath, he has created over 400 IP-bearing solutions spanning several dozen disciplines. Todd is a musician with an 8 octave voice. With Zaemon Blaiz he has opened for various world-famous acts, ranging from Lynyrd Skynyrd to Pantera.

Mike Steen is a webmaster, system architect, and gourmand. When he’s not keeping government servers operating at top efficiency, he’s playing serial entrepreneur.  He’s a founder of the software and internet consulting company 1080 Solutions LLC; blogs about food on House of Yummm, marijuana on Cannaservatory, rants on Caffeinated Tirades, and now even sells his sauces and marinades on Broken Gringo.